BBM for iOS to Relaunch Today

BlackBerry has announced that it will resume its launch of BBM for iOS and Android today.
The demand for BBM on Android and BBM on iPhone continues to be amazing. About six million people signed up for information about BBM at BBM.com. As you know, in just seven hours, about one million Android users were using the unreleased version of BBM for Android. What you don’t know is that more than one million people have found creative ways to “side load” BBM on their iPhone. This is incredible.
To manage the launch, BlackBerry announced the following roll out procedure.
BBM Roll Out Details:
1. Download BBM – the easiest way is to visit BBM.com from your Android or iPhone browser*
2. Once you install the app, open it, and enter your email address to hold your spot in line
3. We will email you as soon as you reach the front of the line and can start using BBM
If you previously took the time to sign up at BBM.com, you can start using BBM immediately without waiting in line.
We'll let you know as soon as the app is back in the App Store. 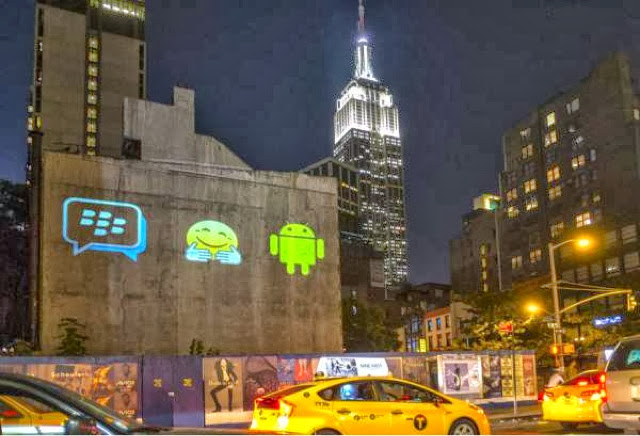 Great post, this blog is awesome. Thanks for give us an idea.

I read your post its great thanks. Waiting for more new update.


Much appreciated you all that much to share these connections. Will look at this.. Visit CONTINENTAL Tyres Dubai


rapid tone and high blood pressure, This method through its natural working in the body helps in burning fat and carbs. It makes your look ideal and overall takes care of health and fitness. http://www.cureidea.com/rapid-tone-reviews/

Thank you for taking the time to publish this information very useful!
homeforrent

Nice to see your content. You are sharing such a great info.
Want to know about best ways to say happy birthday? Just go on our website

Birthday Wishes For All

A world SIM card is a prepaid SIM card that can be used in any country in the world. It's a great way to stay connected while traveling, and you can use it to make and receive calls, as well as access the internet. World SIM Card