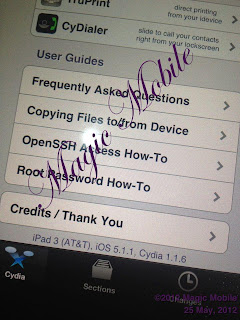 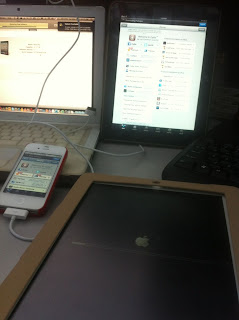 released to the public, meaning you can now jailbreak iOS 5.1.1 untethered. 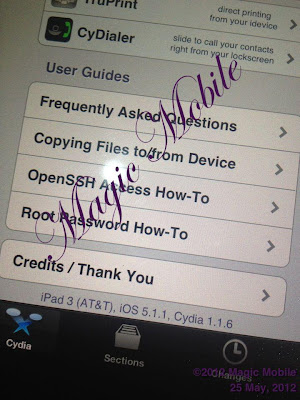 Devices that have been tested to work:
Unsupported devices:

We’ve been waiting a long time for Pod2g and his team to release the untethered jailbreak for devices running iOS 5.1.1, but that wait could soon be over. It was already confirmed earlier this week that Absinthe 2.0 was just a matter of days away, sparking speculation that hackers will pull a “one more thing” announcement on the last day of this week’s “Hack in the Box” conference in Amsterdam.

According to the event’s official Twitter feed, that’s exactly what’s going to happen.

The Hack in the Box conference is now selling special one-day passes for tomorrow’s event at €699 (approx. $878) each. They’re not cheap, but they will give you the opportunity to witness ”JAILBREAK LIVE,” hosted by Pod2g and his team. This is when that long-awaited jailbreak is expected to make its debut.

iDownloadBlog has taken a look at the event’s schedule and estimated that the Absinthe 2.0 software will be released tomorrow morning:

This means the Corona event will start at 5:30AM EST on Friday, May 25th, and the Absinthe event will follow shortly thereafter at 7:00 AM EST. It’s very possible that the jailbreak will be released sometime within that ballpark window. Basically, I’d definitely keep my eyes peeled on Friday morning if I were you.

What’s interesting about the agenda is that it mentions iOS 5.0.1 in both event descriptions — not iOS 5.1.1. We’re hoping that this is simply a typo, and that these events won’t be focused on the last previous jailbreak release.

Last week, pod2g announced that he had performed an untethered jailbreak of the iPhone 4 on iOS 5.1. We still haven't received any confirmation that his exploits will work on iOS 5.1.1; although, @pimskeks said his 'exploits are still good on 5.1.1' which is a good sign.