Nicholas Allegra lives with his parents in Chappaqua, New York. The tall, shaggy-haired and bespectacled 19-year old has been on leave from Brown University since last winter, looking for an internship. And in the meantime, he’s been spending his days on a hobby that periodically sends shockwaves through the computer security world: seeking out cracks in the source code of Apple’s iPhone, a device with more software restrictions than practically any computer on the market, and exploiting them to utterly obliterate its defenses against hackers.

“It feels like editing an English paper,” Allegra says simply, his voice croaking as if he just woke up, though we’re speaking at 9:30 pm. “You just go through and look for errors. I don’t know why I seem to be so effective at it.”

To the public, Allegra has been known only by the hacker handle Comex, and keeps a low profile. (He agreed to speak after Forbes‘ poking around Twitter, Facebook and the Brown Directory revealed his name.) But in what’s becoming almost an annual summer tradition, the pseudonymous hacker has twice released a piece of code called JailBreakMe that allows millions of users to strip away in seconds the ultra-strict security measures Apple has placed on its iPhones and iPads, devices that account for more than half the company’s $100 billion in revenues.

The tool isn’t intended for theft or vandalism: It merely lets users install any application they want on their devices. But jailbreaking, as the practice is called, violates Apple’s obsessive control of its gadgets and demonstrates software holes that could be exploited later by less benevolent hackers.

Apple didn’t respond to requests for comment, but it’s not thrilled about Allegra’s work. When he released JailbreakMe 3 in July, the company rushed to patch the security opening in just nine days. Nonetheless, 1.4 million people used the tool to jailbreak their gadgets in that time, and more than 600,000 more since then. Allegra has become such a thorn in Apple’s side that its stores now block JailbreakMe.com on in-store wifi networks.

“I didn’t think anyone would be able to do what he’s done for years,” says Charlie Miller, a former network exploitation analyst for the National Security Agency who first hacked the iPhone in 2007. “Now it’s been done by some kid we had never even heard of. He’s totally blown me away.”

To appreciate JailbreakMe’s brilliance, consider how tightly Steve Jobs locks down his devices: Since 2008, Apple has implemented a safeguard called “code-signing” to prevent hackers from running any of their own commands on its mobile operating system. So even after an attacker finds a security bug that gives him access to the system, he can only exploit it by reusing commands that are already in Apple’s software, a process security researcher Dino Dai Zovi has compared to writing a ransom note out of magazine clippings.

After Allegra released JailbreakMe 2 last year, Apple upped its game another notch, randomizing the location of code in memory so that hackers can’t even locate commands to hijack them. That’s like requiring an attacker to assemble a note out of a random magazine he’s never read before, in the dark.

Update one more time Also, this is a good time to remind everyone (since we’re still seeing confusion about this): iPad2 owners with a baseband (3G or CDMA) cannot currently use saved blobs to go back to 4.3.3 once the signing window is closed. This is unlike every other device, so don’t be confused! iPad2 owners with basebands should stay away from all updates to maintain the jailbreak!


As noted by 9to5Mac, the USB thumb drive is available for sale on Apple's online store for $69.00. Apple had pre-announced that they would be selling the USB stick back in July. The USB stick offers the full OS X Lion installation without any need to download it over the internet:
OS X Lion is available on a USB thumb drive for installation without the need for a broadband Internet connection. Just plug the drive into your USB port and follow the instructions to install. OS X Lion is also available for a lower price as a digital download from the Mac App Store.
Earlier this month, Apple released a downloadable utility that would let users create a Lion recovery partition. That partition, however, still required you to download Lion from Apple's servers.

- Posted using BlogPress from my iPad

Apple Seeds is iSource’s daily roundup of Apple-related stories for the most diehard of fans, or for the news junkie that has to have all of the day’s news:

For the longest time, users have been requesting that MacBook Pros ship with a 3G radio, so that they can work even when away from Wi-Fi. Currently users have to use a 3G USB modem or a similar device to active that goal. Well, an eBay sale of a prototype 2007 15″ MacBook Pro with a built-in 3G antenna, and SIM card slot, proves that Apple has at least toyed with the idea of building 3G-ready computers. Who knows if they’ll ever send this idea into production.

Taiwan Economic News is reporting that Taiwan Semiconductor Manufacturing Company (TSMC) has started their trial run of Apple A6 processors to be “publicly unveiled” in the second quarter of 2012. So there’s that.

It is being reported that an additional 22 fake Apple Store have been discovered in Kunming, China, and have since been shut down by Chinese authorities. This follows two fake store closings last month due to improper permits. As Daring Fireball’s John Gruber notes, 22 fake Apple stores is double the number of official Microsoft stores.

Get ready for "Where'd you get that bag?" The perfect iPad or Netbook carrying solution. 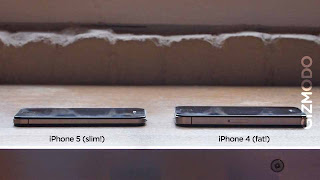 Guy over Gizmodo has taken the below photo that compares between iPhone 5 and iPhone 4. The photo shows how slim is the iPhone 5. Check it out after the jump.

Apple has just released iOS 5.0 beta 5 to developers. It’s unknown as to whether or not beta 5 includes any UI changes, so we’ll have to wait a while for people to get their hands on it. You can view the FULL changelog below.

Important: This is a preliminary document for an API or technology in development. Although this document has been reviewed for technical accuracy, it is not final. Apple is supplying this information to help you plan for the adoption of the technologies and programming interfaces described herein. This information is subject to change, and software implemented according to this document should be tested with final operating system software and final documentation. Newer versions of this document may be provided with future seeds of the API or technology.

iOS SDK 5.0 provides support for developing iOS applications and includes the complete set of Xcode tools, compilers, and frameworks for creating applications for iOS and Mac OS X. These tools include the Xcode IDE and the Instruments analysis tool among many others.

The following issues relate to using the 5.0 SDK to develop code.

Email ThisBlogThis!Share to TwitterShare to FacebookShare to Pinterest
iOS 5 Beta 5 has just been released to registered Apple developers.
Posted by Magic Mobile at 8/07/2011 02:35:00 AM No comments: 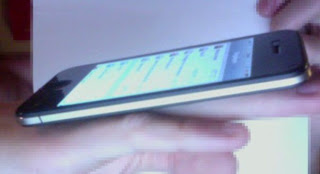 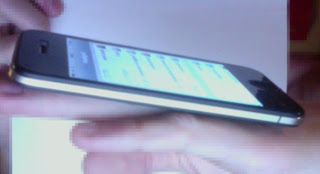 Picture taken yesterday in the office of a French operator.