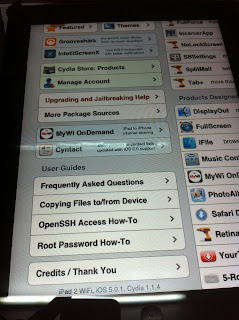 jailbreak for the following devices 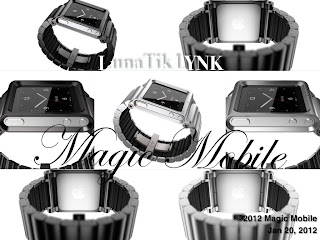 The original LunaTik premium conversion kit is now available in an all aluminum version called Lynk. The Lynk is available in silver or black and features the same aerospace grade aluminum frame as the original LunaTik, but the silicone band has been upgraded to an anodized aluminum band with a silicone underbelly and full butterfly clasp. The Blackout version features PVD plated buckles and hardware as well as a black clasp. The Lynk band’s lightweight construction offers the comfort of silicone against the skin, combined with the look of precision-machined aluminum.
Compatible with iPod Nano 6th/7th Generation
iPod Nano not included

We brought you the information at the beginning of the new year that Apple were planning on holding a small scale event in New York, stepping away from their usual event home within San Francisco. At the time of writing there wasn’t a great deal of information available about the specifics of the event, other than it was rumored that Eddy Cue, the companies Senior Vice President of Internet Software and Services would likely be in attendance.

We have moved seven days closer to the event, and Jim Dalrymple from The Loop is reporting that invitations from Apple have started to make their way to select media outlets for the event on January 19th. The invitation itself follows the familiar pattern of being visually simplistic and not giving away any specifics other than confirming the date and that it will be based around an educational announcement.

Now that the event data and topic has been confirmed, the speculation can begin about the actual specifics of the event and the nature of the announcement. In December of 2011, the Michigan Institute of Education (MIT) announced the launch of an online learning initiative which will offer a select portfolio of MIT courses through a web based platform. With the Cupertino companies long standing relationship with the learning establishment people are already talking about some form of partnership in the program which has been called MITx.

When news of the event in New York was first broken, it was thought that it could be related to the iBooks store and application which users can download free of charge onto iOS devices. The iBooks Store is one of the media units that comes under the remit of Eddy Cue, and with this being an educational announcement we could see learning text books being made available on iBooks.

The company has made no secret about the fact they believe their iPad could play an increasingly important role in the future of education. During numerous keynote speeches, the educational adoption of the tablet device has been brought up, along with various video presentations of the iPad being used in a learning environment. It seems as though January 19th could provide some insight into future plans to make the iPad an important learning tool. 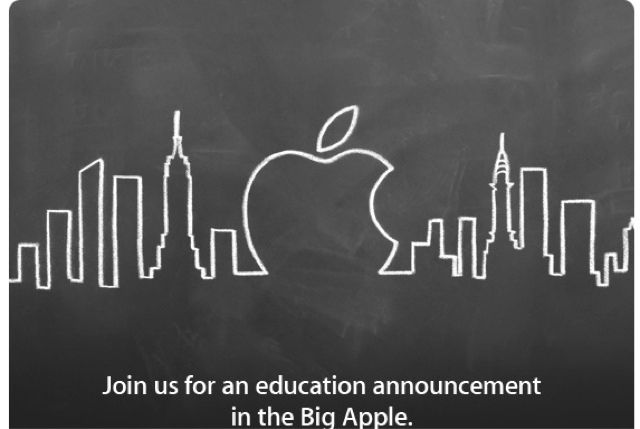 The iPhone 4S Jailbreak: What We Know So Far

In collaboration with pod2g, both the Dev Team and the Chronic Dev Team released untether exploits for iOS 5.0.1 at the end of last year. The release was great news for A4 device owners, but left iPad 2 and iPhone 4S users in the dark.

However, as most of you know, pod2g is currently hard at work on a full jailbreak for A5 devices. And with the help of some of the jailbreak community’s biggest names, it looks like the infamous iOS hacker is making some real progress…

We’ve heard a lot of information over the last week or so regarding the status of the iPad 2/iPhone 4S jailbreak, so we figured a little recap was in order.

For starters, the iPhone 4S has never been jailbroken. I take that back. The device has been jailbroken, but there just hasn’t been a legal, stable method of doing so available to the masses. And the last time the iPad 2 had an untethered jailbreak was Comex’s JailbreakMe 3.0 exploit for iOS 4.3.3.

So where are we at on these two devices? Well, an iPad 2 jailbreak exists, but there are some caveats. First, it’s tethered, so that means that you have to be connected to a computer every time you restart. Second, a developer account is required to inject the exploit. And the same goes for the aforementioned iPhone 4S jailbreak. So you can see why these aren’t available to the public yet.

But there is light at the end of the tunnel. After about a week or so of incremental updates, a major breakthrough occurred last Friday. Pod2g announced that he had enlisted the help of some of the brightest minds in jailbreaking, including Dev Team front-man MuscleNerd, and Chronic Dev Team member p0sixninja. The self-proclaimed “Dream Team” has the experience of several jailbreaks between them, and are all now involved in the A5 project.

We don’t know how long it will be before the group releases an ipad 2/iPhone 4S jailbreak, but we’re thinking it’ll be sooner rather than later. In the meantime, make sure your devices are on iOS 5.0.1, and stay tuned to Magic Mobile for the latest in jailbreak news.

The Telegraph reports that Apple has threatened legal action against Hong Kong company In Icons, which has been taking pre-orders for a realistic-looking Steve Jobs figurine set to launch next month. The 12-inch figurine, which is being sold for $99.99 plus shipping, is a posable, highly-detailed reproduction of Jobs' likeness wearing his signature black mock turtleneck, blue jeans, and New Balance sneakers.
The legal wrangle is over the likeness of the doll to the late Apple founder, the rights of which the company claims it owns.

Apple reportedly stipulates in a letter to the Chinese manufacturer that any toy that resembles the technology company's logo, person's name, appearance or likeness of its products is a criminal offense.

Personality rights in the United States are addressed on a state-by-state basis, with California's laws covering unauthorized usage of a person's likeness, voice, or signature throughout their lifetime and for a period of 70 years following their death.

The iOS community got a belated present two days after Christmas with the release of the untethered jailbreak for all A4 devices running iOS 5.0.1. The release of the jailbreak represented nearly two months of hard work and research by pod2g followed by efficient and swift work from the iPhone Dev and Chronic Dev Teams to package the jailbreak up for public consumption.

In the aftermath of the A4 jailbreak, pod2g released a very well written and informative blog post explaining the details behind what they have dubbed ‘Corona’. Without wanting to go into to much detail about the post (follow the link and read it) it basically covers the problems encountered whilst trying to execute unsigned binaries and other issues they came across during the development.

Skip forward to the present day, and pod2g has been letting his fingers do the talking again with his most recent tweet announcing that he has made progress on the A5 jailbreak development and expects to see a jailbreak release within a week. That’s right kids, your beautiful iPhone 4S and iPad 2 could soon be set free to enjoy all of the jailbreaking goodness that Cydia and the jailbreak community has to offer.

Obviously, this is in no way a guarantee, it is merely an update on the situation and an initial time estimation. As long as the rest of the process goes to plan, and testing proves fruitful then hopefully we shouldn’t see any show stopping problems which delay the release. However, if any unforeseen problems do occur, I have confidence in the collaboration between the development teams to be able to overcome the issues promptly.

A Tweet from Chronic Dev Team member p0sixninja four days ago alerted Jailbreakers to the fact that they should upgrade their devices to iOS 5.0.1 while they still can – and yes, that did mean A5 devices but excluding individuals who rely on a software unlock.

If you are one of the many waiting for an A5 untethered jailbreak for iOS 5.0.1 then buckle your seat belts and prepare for seven days of updates and updates, hopefully ending in delight. I’m pretty sure that the developers who have been producing tweaks for iOS 5 and Siri are ready to welcome the new batch of jailbroken devices to their list of potential customers.