Today some developer released a “pay” package called “Vroom” which sounded too good to be true. Unfortunately, it is. Do not install this package. Not only does it not do what it claims, but it is also somewhat dangerous and will wear out your iPhone with limited use. Read below for details. (Note: Zodttd has removed this package from Cydia, but it may creep up somewhere else).

First, this package claims to speed up your iphone, increase your free memory by managing your daemons, and increase your battery usage. Sounds amazing right? Who wouldnt want this?

So what does it really do? It enables memory swap on your device.

What are the results of memory swap on your device? The free memory will appear to be better. That’s because it is using your disk as memory. But that’s not all. This package is actually just a stolen file that is already on your device, renamed. So that means the “developer” decided to take a file off his iPhone, rename it, and sell it to you for $1.99.

Here is proof that the file is stolen. The original file is dynamic_pager that is provided by Apple in your /sbin folder. The new file from this app is called Vroom_data. Check out the md5sum of both proving that the files are identical:

Ok so the package is fraud.

But if you already have dynamic_pager, whats the harm in enabling it? The reason you don’t want memory swap enabled on your iPhone is this:

1) Memory swap will create a disk file on your flash disk. The CPU will need to spend I/O cycles reading and writing to this disk file. The I/O cycles will cost you battery because it takes battery power to do disk writes.

2) Flash disk has limited life span. They say some 100,000 writes per sector then it is dead. Having a swap file running will be quickly writing to the same sectors wearing out your flash disk.

3) Writing to a page file takes some CPU cycles.

Now, lets examine the developer’s claims and compare them to what the package actually does:

Claim #1: Increases memory. Sort of. It creates a disk swap. Result is iphone will appear to have more memory. Some apps may crash less. This isn’t all bad. (I think I will release a free package that enables disk swap with a strong warning on it for those that want this).

Claim #2: Manages your daemons. FALSE / lies. It is the apple dynamic_pager file. It does only that. It does not manage your daemons.

Claim #3: It speeds up your device: FALSE. In fact, disk swap actually slows down the device because there are extra disk write used in order to access memory.

Claim #4: It provides better battery performance: FALSE. In fact it actually causes your battery to drain faster because of the disk write I/O cycles and the extra CPU required.

Claim #5: It allows your iPhone to boot at 2% rather than 15% battery. FALSE. This is built into the device not the iPhone OS. (Just like DFU mode). You cannot make changes to this.

Claim #6: It allows your iPhone to run until there is 1% battery rather than 5% before it shuts off. FALSE. See #5 above.

Finally, the package in Cydia was packaged incorrectly. Daemon plist was owned by user 1000. Launchctl will not load any daemon not owned by root. This caused the daemon to not start. With that bug, the paging system is not even enabled resulting in no change in performance! (LOL again). Anyone claiming to install this and finding a boost in speed, battery, etc is experiencing the placebo effect.

This all reminds me of the scam last year with the fake app I dont crash. At least that guy wasn’t trying to charge you money. 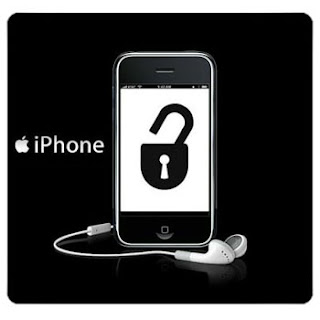 Sheriff Hashim, an American hacker has finally found a new exploit for the new baseband 05.12.01, which regulates the activities of the party machine for all iPhone.

s you know, the iPhone 3G and 3GS Italians, however, are factory unlocked so that the baseband is not as influential for us. Have found the exploit needed to unlock this new version, however, will make it possible to implement a new program by the DevTeam, able to upgrade, unlock and run the Firmware 3.1.3 Jailbreak with lots of updated baseband.

Apparently then, we can quickly get the total and definitive Jailbreak for Firmware 3.1.3, you also the best in the battery and WiFi signal.

- Posted from my iPhone3g 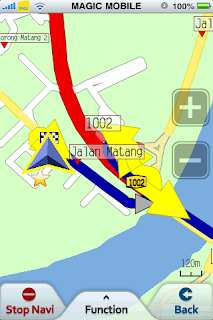 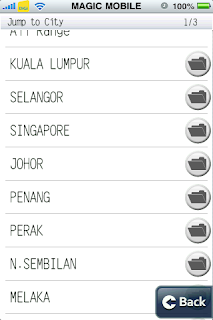 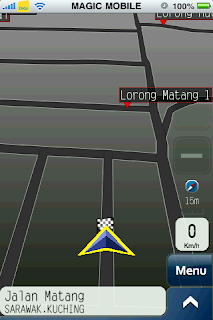 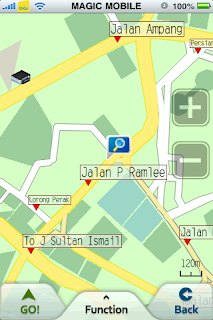 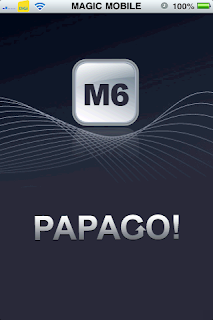 PAPAGO!M6 is Now on your iPhone! The superior navigation software from Maction Technologies can now be installed onto your iPhones!
With the PAPAGO!M6 you can transform your device into a professional navigation system.

-WHERE TO BUY the Car Kit
http://www.mobuy.com.tw/ 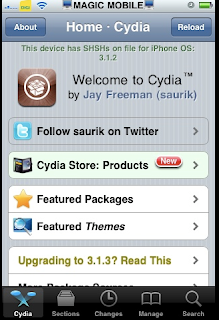 Apple has stopped signing iPhone OS 3.1.2. This means that those with an iPhone 3GS or iPod touch 3 who did not use Cydia to store their TSS cannot restore to anything but OS 3.1.3.

If you fall into that category, Big Boss warns to please make sure you are very careful with what you do from now until the next jailbroken firmware. Be sure that you don't do anything to your iPhone that may require a restore.

You may want to install OpenSSH and learn how to use it so certain repairs can be performed without a restore.

NOTICE TO ALL UNLOCKERS! iPhone OS 3.1.3 is out! DO NOT UPGRADE! You will lose your unlock!

Apple has rolled out iTunes 9.0.3 version forWindows and mac users and it includes some new changes and bug fixes.

Following is the detail information aboutiTunes 9.0.3 which is defined in its officialchange log:
iTunes no longer ignores your “Remember password for purchases” setting
Addresses problems with syncing some Smart Playlists and Podcasts with iPod
Resolves a problem recognizing when iPod is connected
Addresses issues that affect stability and performance
You may grab iTunes 9.0.3 version from software update or directly by clicking on the following provided link.
Download iTunes 9.0.3 for Windows & Mac

Shanzhai (山寨) is a Chinese term that is used to described clone reproductions of popular cell phones. It's a huge business in China, with hundreds of millions of fake phones produced every year for the enormous Chinese market. Last year, one of the big shanzhai players came out with what was termed a "preemptive clone" of the iPad, before the device had even been announced. Now, that manufacturer is threatening to "report" or even sue Apple... for copying their design.

Shanzai.com featured this device back in October. Called the P88, it's based on an Intel 945GSE chipset - likely running an Atom CPU - and features a large, 10.2 inch capacitive touchscreen (as compared to the iPad's 9.7 inch screen). Xiaolong Wu, the president of Shenzhen Great Loong Brother Industries Company, the company that makes the P88, told the Spanish newspaper El Mundo that he "won’t have any choice but to report" Apple when they sell the iPad in China. "It will certainly affect our sales,” he says. The product has been on the market for six months and so, according to Mr. Wu, Apple is guilty of "stealing" his company's intellectual property.

Quote
I was very angry and flabbergasted when I saw the news of the iPad presentation two days ago... It is certainly our design. They've stolen because we present our P88 to everyone six months ago at the IFA (International Electronics Fair in Berlin).
Wu added, ""For this thing we are not shanzhai, because we were first."

Looking at the specs side by side, it seems pretty clear that the P88 is a fairly standard netbook, albeit one with a touchscreen.

Shenzhen Great Loong Brother Industries Company may not be alone in its (perhaps quixotic) battle against Apple, though: the Japanese electronics giant Fujitsu, which built a handheld computing device called the iPad back in 2002, claims it has the right to the name iPad. “It’s our understanding that the name is ours,” said Masahiro Yamane, the director of public relations at Fujitsu. He added that his company was consulting lawyers on what to do about it.

According to Wikipedia, the word shanzhai has a colorful derivation:
Quote
Historically, "shanzhai" is sometimes used as a metaphor to describe bandits who oppose and evade the corrupted authority to perform deeds they see as justified.