Apple Announces October 22 Event: “We Still Have a Lot to Cover”

Apple has officially announced that it will be holding a special event on October 22nd where the company is expected to unveil the new iPad 5 and iPad mini 2.from tomorrow’s big reveal at San Francisco’s Yerba Buena Center at 10am PDT / 1pm EDT so all eyes are on Apple’s next-generation iPads. 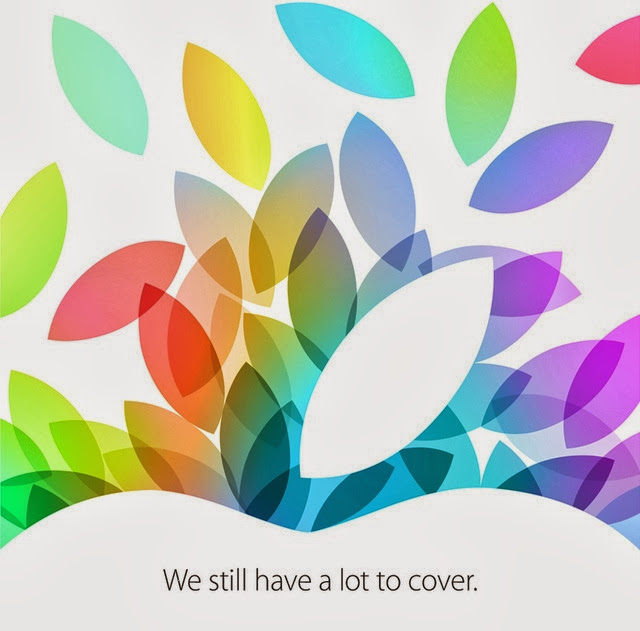 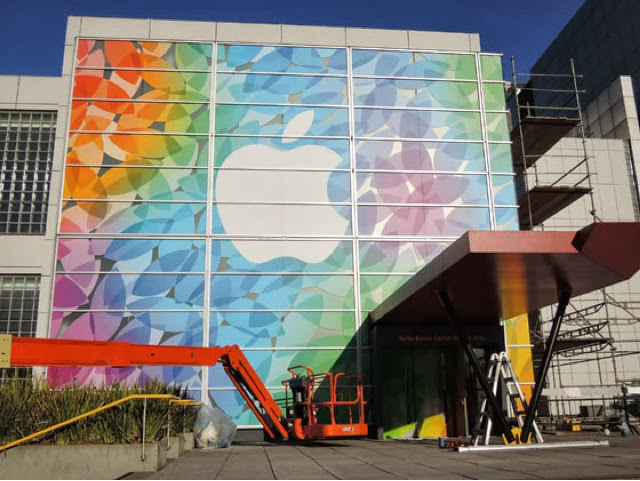 the latest updates to the company’s iPad line, but the new Mac Pro and OS X Mavericks will likely get some stage time, as well.
The next version of the iPad, Apple’s fifth, is expected to feature a thinner, lighter design akin to the iPad mini’s, and an improved camera. It will run Apple’s new 64-bit A7 chip, sources said. The second-generation iPad mini will be upgraded with a Retina display, and will also likely see the A7 incorporated into its innards.

“Watch the special event held at the Yerba Buena Center for the Arts Theater in San Francisco, CA,” the event listing reads.
Additionally, the company will be live-streaming the show to iOS devices and Macs through the new October 2013 event section on its Apple Events web page…
According to Apple, live streaming video requires Safari 4 or later on OS X v10.6 or later or Safari on iOS 4.2 or later. Streaming via Apple TV is supported on the second or third-generation Apple TV with software 5.0.2 or later. 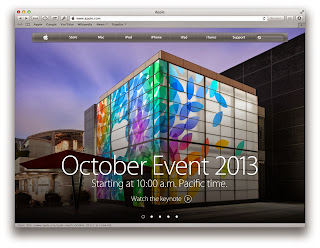 Apple typically live-streams major events, but not as a rule of thumb.
Last month’s double iPhone announcement, for example, wasn’t live-streamed so fans had to wait for the video replay to go live a few hours after the event had wrapped up. 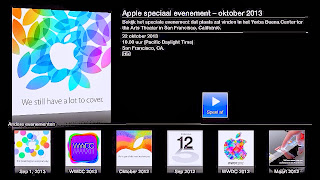