iOS 6.1.1, or whatever its next firmware will be called, you will already have your blobs saved. Apple has been quick about closing its firmware signing window as of late, so once the new firmware is released, it might be too late to save the iOS 6.1 blobs

The release notes say that the new beta includes a number of improvements for the Maps app in Japan, including better pronunciation of roads during turn-by-turn navigation, updated icons for location categories and the addition of place data. 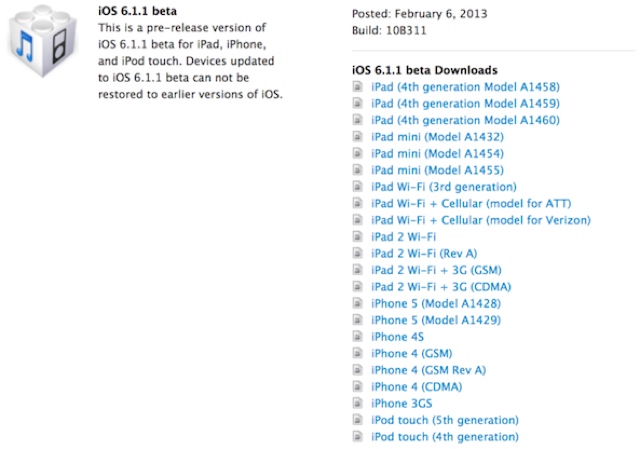