iOS 4.3 for iPad 2 Suggests iPhone 5 Will Get Apple's Dual-Core A5 Chip 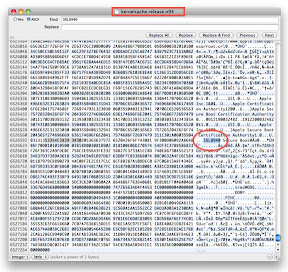 Code references found in iOS 4.3 firmware for iPad suggests that the upcoming iPhone 5 will have the same Apple A5 dual-core processor as the iPad 2. Several developers have spotted references to a N94AP device in the code, which they are assuming is an internal model number for the next-generation iPhone. For example, the Verizon iPhone was labelled N92 internally. After digging into the included N94AP kernel, developers found that it’s associate with S5L8940, a codename for the A5 chip.

Most likely the iPhone 5 will be announced this June, and because of these findings in iOS 4.3, it is very likely to feature the A5 chip.