iMovie For iPad Will Not Support First-Generation iPad – [CONFIRMED] 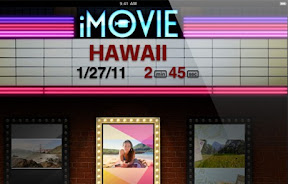 Yesterday, we reported that Apple had confirmed via Apple.com that Garageband will in fact support iPad as well as iPad 2. Following on from that finding, iMovie’s official product page unfortunately tells a different story, with Apple outlining that iMovie for iPad will not support the first-generation iPad, with the software only carrying support for iPhone 4, iPod touch (fourth-gen) and iPad 2.

The likely reason for this is due to the first-generation iPad not having enough processing power to run some of the more adventurous video effects and animations within the app to a level which Apple considers “satisfactory” in relation to overall user experience for its customers.

iMovie and Garageband for iPad are expected to be released later today.
- Posted from my iPhone4